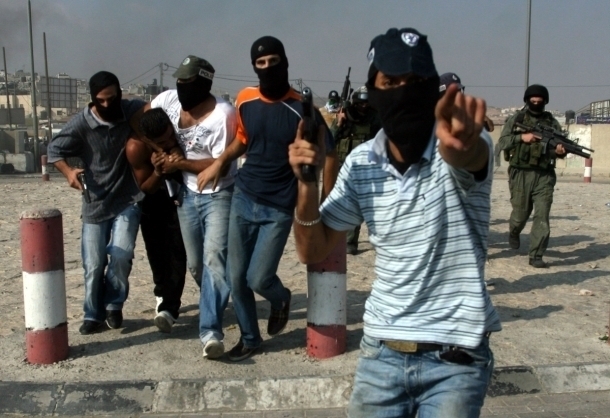 The Safa News Agency has reported that undercover soldiers of the Israeli military infiltrated, on Friday evening [November 1 2013] into the Hebron city, and kidnapped a former political prisoner.Safa said that the soldiers broke into a bakery, where Imad Hamed Abu Khalaf, 22 years of age, works and kidnapped him before driving away to an unknown destination. The bakery is located in Wady Al-Hariyya area, in Hebron.

Eyewitnesses said that the undercover soldiers detained various Palestinians who were in the bakery and near it, and kidnapped Abu Khalaf.

Local sources said that Abu Khalaf was repeatedly kidnapped, and imprisoned, by the Israeli army for his affiliation with the Hamas movement.

In related news, dozens of soldiers invaded a neighborhood in the West Bank city of Bethlehem, in addition to invading Beit Fajjar and Al-Khader towns, south of Bethlehem, and the Aida refugee camp in the city.

Eyewitnesses said that the soldiers broke into and searched several homes, and were extensively deployed in various main roads and junctions.