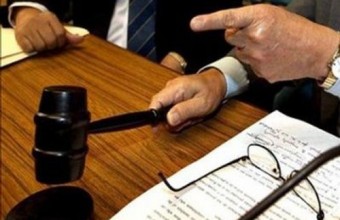 The Palestinian Prisoners Society (PPS) on Monday revealed that Israeli courts extended the detention of 51 prisoners, under the pretext of continuing investigation and judicial procedures against them. PPS said that the detention of 51 Palestinians detained in Israeli investigation centers and prisons was extended, according to the PNN, adding that the courts also imposed a fine of 15,000 New Israeli Shekels (NIS) on a number of the detainees.

In Jerusalem, on Sunday night, Israeli police extended the arrest of 14-year-old Ali Ahmad Qaraeen until Monday, to interrogate him on charges of throwing stones.

Wadi Hilweh Information Center was informed that the Israeli police arrested the child on Sunday afternoon, while he was near Damascus Gate, assaulting and severely beating him before taking him to Salah Eddin Street police station.

Ahmad’s father informed the center that, after his son was arrested, he and his 16-year old son Wadi’ went to the police station, where the father tried to go inside the station, to attend the interrogation, but the police refused his request and arrested him and his other son.

They were detained for several hours and then released after signing a personal bail, while extending the arrest of his son Ali.

The Information Center was also informed that the police arrested another child from Damascus Gate who has not been identified yet.