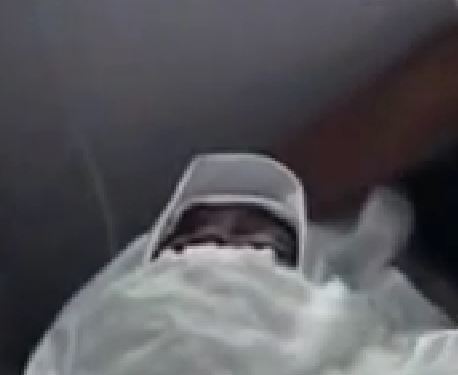 A Jordanian family is accusing Israel of arresting and torturing their son to death, after they detained him during a Tel Aviv protest in solidarity with the Palestinians in Gaza.The family in Ein Abous in Zarqa – Jordan told the al-Balad News Agency in Jordan that Wa’el Salim Mustafa, 39, was detained by the Israeli police, and has died due to extreme torture..

The family was informed of his death three days after the fact.

Some Arabic reports indicate that he was kidnapped during a protest against the Israeli war on Gaza.

But, according to the al-Wakaai news agency, the family said he was likely taken prisoner for staying and working in Israel without a permit,.

The family said Wa’el was subject to extreme torture by Israeli interrogators, and died under interrogation on the same day of his arrest.

His brother, Qotaiba, stated that the Israeli authorities contacted the family, asking them to come over and sign documents permitting Israeli doctors “to perform a needed surgery” but, once the family arrived in Tel Aviv, they were told he was dead, al-Kawn News said.

According to the report, Wa’el has been working in Tel Aviv for around 18 months, and was taken prisoners in an area where a protest was taking place.

Qotaiba added that the body of his brother showed clear signs of extreme torture, including facial and eye swelling, several broken ribs, with various cuts and bruises all over his body.

On April 5, the al-Balad News Agency said that Jordanian legislator Mohammad Thahrawi conducted enormous efforts which led to moving the body of Mustafa to Amman, where the legislator and hundreds of family members and citizens gathered across the border.

The body of the Jordanian man was first taken to al-Bashir Hospital, in Amman.

Jordanian Ministers and security also helped in the coordinated efforts which led to moving his body back to Jordan.


Mustafa left Jordan around 18 months ago, traveling to Tel Aviv and Haifa, where we worked construction jobs.

Israel is refusing to provide further details on the issue, while the family has filed an official complaint against Israel and the Israeli Prison Administration, and is asking for another autopsy to reveal the causes of death.

A Jordanian security source said that Jordan formed a committee to oversee the autopsy, which would be performed at a Jordanian Hospital, adding that initial examination shows clear bruises and fractures in the head, chest and several other body parts.

It also revealed that a sharp blow to the head caused brain hemorrhage, eventually leading to death. An official report will be issued at a later stage.

Israel alleges that Wa’el “fell during interrogation, and died later on”.

Israel and Jordan signed a peace agreement in 1994. Despite the fact that all Israelis can travel to Jordan, most Jordanian males are not allowed to travel to Tel Aviv, and are admitted through the Arab side of the border terminal with Jordan and, thus, are “granted” access to the West Bank and not to historic Palestine, including Jerusalem.