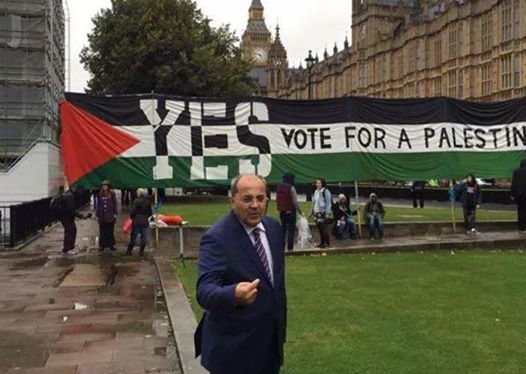 Israeli Member of Knesset (MK) Miri Regev of the Likud Party of Benjamin Netanyahu called for firing Arab (MK) Dr. Ahmad Tibi from the Knesset, and to strip him from his privileges. Regev said that MK Tibi, of the Arab Movement for Change, flew to London “to convince British legislators to vote in favor of recognizing a Palestinian State”.

On his Facebook page, Dr. Tibi responded to Regev’s statements in a satirical manner by saying: “I swear to God I asked her to take her meds regularly, three times a day.”

Dr. Tibi added that, unlike the hostile statements of Regev, he would not demand dismissing her from the Knesset, as she represents the true nature of Israel’s extremist right wing polices.

Regev’s statements are not an isolated issue, as many Israeli politicians are known for their extreme ideology against Arabs in the country, and Palestinians in general.

On Monday, Israeli MK of the fundamentalist Israel Our Home Party, Alex Miller, said that MK Tibi is only a “puppet” for the Palestinian Authority (P.A.), adding that the stances of Tibi “would only delay the possibilities of reaching an agreement with the Palestinians.’

On July 7, the Israeli MK of the fundamentalist Jewish Home Party called for killing all Palestinian mothers because, according to her ‘logic’, “they give birth to snakes and terrorists”.

She said, “All Palestinian mothers should be killed; their homes should be demolished so that they cannot give birth to any more terrorists,” adding, “all of them are enemies of Israel, including the mothers of dead terrorists; their blood should be on our hands.”

There are various current and former members of Knesset, ministers and officials, who openly call for removing all Arabs and Palestinians from the country.

Israeli Foreign Minister, Avigdor Lieberman, frequently made such statements when he served as a member of the Knesset, and a ‘Minister of Strategic Affairs’, and repeatedly said that Arabs and Palestinians are a strategic threat to Israel, and should be expelled to Arab countries.

His statements referred to all Arab citizens of Israel, and all Palestinians living in the occupied territories.