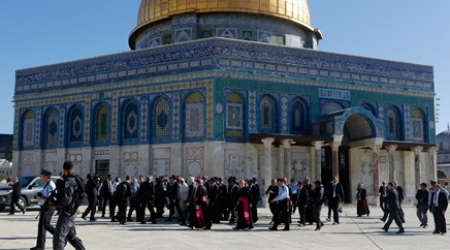 Israeli security forums have expressed their concerns over the growing crisis in Jerusalem, expecting this to affect domestic and foreign tourism.The retaliative actions carried out by Palestinians, this past year, against Israeli soldiers and settlers throughout the West Bank are, according to security, individual acts.

They believe that this round of escalation is more serious, however, Al Ray reports, with the most recent attacks believed to be carried out by individuals in chorus with the protest of many. Their official assertation is, therefore, that the individuals are affiliated to an organization and that a chain of command is behind them.

Mr. Amos Harel, one of Israel’s leading media experts on military and defense affairs stated that religion has a significant factor in this round of violence.

Another Israeli writer notes that the major cause of violence in Jerusalem is the lack of clear address on the Palestinian side.

Times of Israel Middle East analyst Avi Issacharoff said that, in the occupied West Bank, PA President Mahmoud Abbas continues to demonstrate governance, while in the Gaza Strip Hamas imposes quiet. In Jerusalem, the self-declared eternal, united capital, he says it is the Israeli government and security forces alone who seek to grapple with the violence, and are not having great success.

Other Israelis note that the ongoing wave of violence in Jerusalem, and the clashes between Palestinian youth and Israeli security forces, indicate strongly that the favorite approach of Israeli PM Netanyahu and his cabinet — as they ‘manage’ the conflict rather than solving it — is creating a difficult reality for Jerusalem.