Palestinian Kidnapped Near Jenin, Many Injured 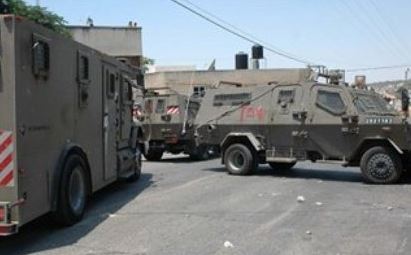 Medical sources said scores of Palestinians, including the family of Yahia, suffered the effects of tear gas inhalation, after the soldiers fired dozens of gas bombs and concussion grenades during the invasion.

In related news, the Jerusalem District Court renewed detention orders against seven Jerusalemite Palestinians for what it called ŌĆ£incitement on their Facebook pages.ŌĆØ
They were taken prisoner by the army on December 15.