Israel To Ask US Congress To Cut Aid To Palestinians 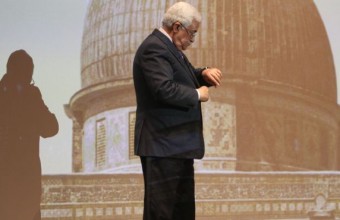 Recent American legislation states that, if Palestinians initiate any action against Israel at the International Criminal Court, the State Department would have to stop US aid to the PA.According to the PNN, after freezing the transfer of tax revenues to the Palestinian Authority, Israel is taking additional steps to punish the PA for its request to join the ICC.

A senior Israeli official said, on Sunday, that Tel Aviv would be contacting pro-Israel members of US Congress to ensure the enforcement of the recently passed legislation. The stop-gap funding bill was passed in Congress last month, Haaretz reported.

Both houses of the new Congress, to be seated later this month, will be controlled by the Republican Party, with many key positions filled by senators and representatives who are pro-Israel and anti-Palestinian. The legislation regarding Palestinians initiating action at the ICC is strongly worded and states that President Barack Obama cannot waive a decision to halt aid to the PA.

US aid to the PA comes to some $400 million annually, and administration is concerned about the ramifications of halting this financial assistance, as it is liable to make it impossible for the PA to pay the salaries of tens of thousands of employees.

Although Arab states have promised to provide the PA with a financial security net, US officials believe that, as in the past, Arab states won’t deliver as promised, and will not work to keep the PA afloat.

Earlier Sunday, Foreign Ministry Director-General Nissim Ben Sheetrit said that Israel’s response to the Palestinian bid at the ICC would be much harsher and more comprehensive than just freezing the PA’s tax revenues. Ben Sheetrit made the remarks at a conference, held in Jerusalem, for Israel’s envoys to Europe.

Sheetrit says, however, that unlike in the past, Israel will not launch a wave of settlement construction in response to the Palestinian moves. He also added that Israel had no interest in undermining security cooperation with the PA or to cause its collapse.

The security cabinet is expected to meet later in the week to decide on the new measures.