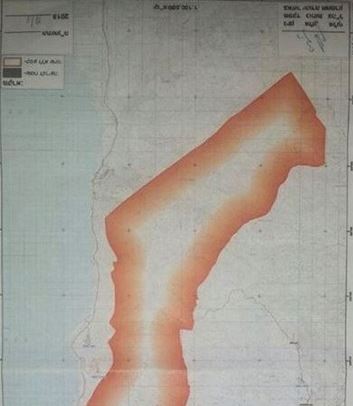 The Israeli army issued a ruling, on Monday evening, considering large areas of the West Bank desert, a closed military zone, in preparation for the expansion of five illegal Jewish-only colonies, and for further military control.Head of the Land Defense Committee in Jerusalem Bassam Bahar said the decision would lead to preventing the Palestinians from even entering a large desert area in the West Bank, extending from ‘Anata town, east of occupied East Jerusalem, to Bethlehem and Hebron, and all the way to the Dead Sea.

Bahar said the plan is part of Israel’s policies aiming at removing the Palestinians from their lands and replacing them with illegal colonies and military zones.

He also said the Palestinian Authority in the West Bank previously declared its intention to create a natural reserve and an airport in this area, but Israel decided to block the move, and added that such a plan would lead to the illegal annexation of thousands of Dunams of Palestinian lands.

“They want to build colonies, expand existing ones; this is what Israel announced a few days ago,” Bahar stated, “The lands extend from East Jerusalem, to Bethlehem, Hebron and the Dead Sea; Israel has been largely using those areas for military training and settlement activities.”

The official further stated that the Israel plan comes amidst a serious escalation of Israel’s illegal colonial activities, including its latest decision to displace thousands of Bedouins, in addition to “Greater Jerusalem” plan that would lead to the theft of more than 67.000 Dunams of Palestinian lands, east of Jerusalem.

This would all lead to more outposts, more expansion of existing colonies, and implementing the E1 project that aims at connecting Maaleh Adumim and dozens of settlements east of Jerusalem, with settlements that extend to Jericho and the Dead Sea.

“Israel is trying to concentrate the Bedouin population near Abu Dis, so that it can continue to expand and build its colonies and military zones,’ he added, “Protests are ongoing against the plan; that is why the Jerusalem Gate tent village was installed on lands Israel wants to loot; the army demolished it four times in five days.”

The official said the Israel plans largely aim at preventing the establishment of an independent, contiguous state, and even to nullify any possible land swap as part of any future agreement.

He called on President Mahmoud Abbas, and various legal and human rights groups, to contact different international groups, including the UN and the International Criminal Court to expose Israel and its ongoing crimes.