Livni: Worsening US Relations a Security Risk to Israel 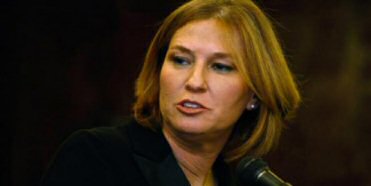 Zionist Camp representative Tzibi Livni said, today, that the crisis in Israeli-United States relations was not a personal or diplomatic issue but rather an issue in terms of Israeli security.In an interview broadcasted this morning, Livni did not seem to consider Israel as needing to improve its media or change its policies despite the world’s loss of faith in the prime minister’s ever-changing opinions — as she put it.

Livni also criticized the Palestinian side, saying however that if there was to be no partner at Israel’s side, Israel would just take the initiative on its own.

According to the PNN, this comes just after US President Barack Obama, in an interview broadcast Tuesday, said that Israel risks losing “credibility” over Prime Minister Benyamin Netanyahu’s stance on the two-state solution and criticized Netanyahu’s failure to stick to one opinion.

Before his election on 17 March, Netanyahu’s electioneering campaign said that he would not allow the establishment of a Palestinian state. He then asked recently for a return to negotiations over a two-state solution.

Obama said Netanyahu’s statements on the subject after the election have had “so many caveats, so many conditions, that it is not realistic to think that those conditions would be met any time in the near future,” The Guardian reported.