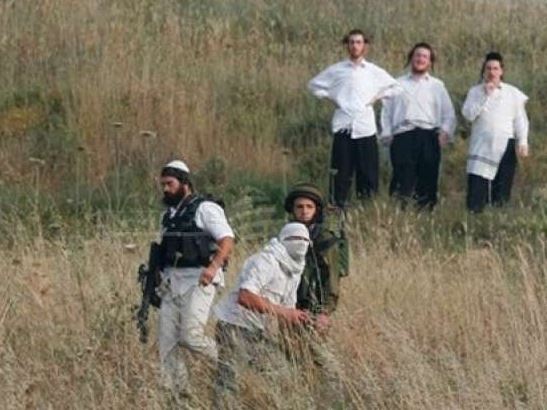 A number of fanatic Israeli settlers attacked, Saturday, several Palestinian shepherds in Khallet al-‘Adra area, in Yatta town south of the southern West Bank city of Hebron.Coordinator of the Popular Committee against the Wall and Settlements in southern Hebron, Rateb Jabour, said Israeli extremists assaulted the Palestinian shepherds, and hurled stones on them.

He added that several local youths then started throwing stones on the settlers, forcing them to run away.

The extremists came from the nearby Ma’on illegal Israeli settlement, built on private Palestinian lands.

Jabour further stated that such attacks are frequent, targeting shepherds and villagers, as part of ongoing Israeli attempts to force the Palestinians out of their lands, in order to build and expand illegal colonies.