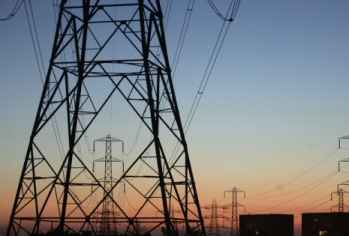 Officials of the Gaza Electricity Distribution Company said the company is attempting to cooperate with the Palestinian Power Authority to repair the broken grids, but said the Israeli occupation is obstructing their efforts.

Meanwhile, the occupation also is preventing the Israeli Electricity Corporation from fixing the grids on the grounds of security concerns.

Gaza currently receives electricity from the Israeli occupation, Egypt, and a power station inside Gaza.

However, these supply lines fall far short of the Gazan population’s needs. While the three suppliers provide 230 MW of electricity, the UN estimates that this meets only half of Gaza’s needs.

The Israeli occupation and Egypt have maintained a severe blockade of the Gaza Strip for the last eight years that has crippled the coastal enclave’s economy by limiting imports, exports and movement of people.

Although the power plant inside Gaza has a potential output of 120 MW, it has been unable to produce that much due to Israeli restrictions on fuel imports and high taxes imposed by the Palestinian Authority based in Ramallah.

Therefore, the Gaza plant generally produces around 60 MW, 50 percent of its potential.

Last summer the plant was targeted during the 51-day Israeli offensive on Gaza, completely knocking it out of commission. The Gaza power authority said at the time that the damages from the attack could take up to a year to fix completely.

Gaza suffers 12 hours of power outages each day. Many individual homes have their own generators, and households can purchase extremely expensive fuel that comes into Gaza for private consumption.

The plant will stop running Monday evening as it is unable to cover taxes imposed by the national unity government, Gaza’s energy authority said, according to Ma’an News Agency.

The unity government waved the tax in a show of good will in the four months to the end of Ramadan, but the Gazan energy authority said in a statement Monday that since the tax has been reinstated it can no longer afford to keep the plant running.

The energy authority added that it had only been able to cover the cost of maintaining the plant during the holy Muslim month of Ramadan and the Eid holiday by borrowing from local companies and taking loans from banks.