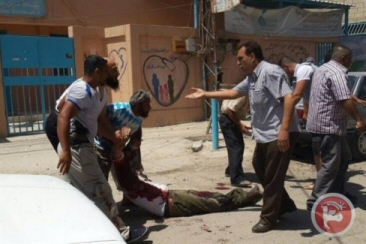 Al-Ourdouni headed a division within the Palestinian national security service in Ain al-Hilweh, the largest of the refugee camps in Lebanon, where armed forces went on the alert after the murders.

He had been the target of several previous attempts to kill him.

Al-Ourdouni was accompanied by two bodyguards, one of whom was also killed and the other wounded.
Palestinian security forces believe the attack came from suspects who reside inside the camp, as Palestinian checkpoints guard every entrance.

So far no suspects have been indentified, but investigators are collecting evidence, speaking with witnesses and checking footage from around 20 security cameras in the area.

He stressed that patrols have been deployed on all streets and alleys of the camp to insure security and order after the shooting.

Most Palestinians live in squalid conditions in the Lebanon’s 12 official camps.

The Lebanese army does not enter the camps, under a tacit deal agreed after the 1975-1990 civil war. Palestinian factions are responsible for security.

Ain al-Hilweh has been the location for the settling of scores between several factions, and a breeding ground for extremist groups because of the poverty there.