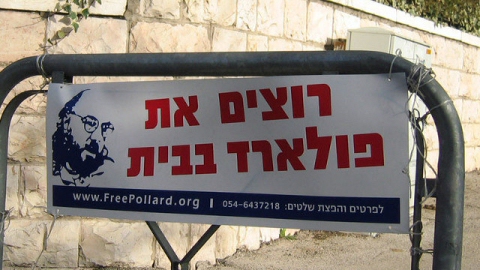 It is illuminating to contrast Israel’s belated solidarity with Pollard to its determined hostility to Mordechai Vanunu.No more confusing mind games are played by sovereign states than in the context of ‘espionage,’ ‘treason,’ and the work of the professional spy. All important governments seek secret knowledge of what other governments and their leaders are doing and planning, and it matters little whether these governments are allies or adversaries, especially with respect to espionage. Espionage is the unseemly twin of secrecy, and national security is becoming ever more dependent on a country keeping its own secrets while learning those of others. In the amoral world of global espionage there are shockingly surprising cooperative liaisons, and bargains worked out behind closest doors even with the direst of enemies. Treason (and patriotism) are closely related to the ethos of espionage, and exhibit the politically correct subservience of individual conscience to the security policies of the state.

Edward Snowden’s massive disclosures were confusing in this respect as he disclosed secrets about what amounted to acts of de facto espionage carried out by the government against American citizens, as well as others. In effect, the surveillance apparatus of the U.S. Government was abolishing the distinction between ‘self’ and ‘other’ or ‘friend’ and ‘enemy’ in world politics. For some, this made Snowden a traitor guilty of treason because he disclosed to the world some premium national security secrets of his own government. For others, Snowden was a hero as he acted benevolently, sacrificing his personal wellbeing, career, and safety to warn the publics of the world, but above all the American public, that the government was abusing its powers in fundamental ways, threatening to privacy and the very fabric of democracy. Snowden acted from the belief that expectations of trust and privacy should be the first principle of a functioning constitutional democracy as the United States purports to be. This does not mean that security claims can never be given precedence, but that their scope should be constrained by strong evidence justifying specific actions, and that meta-data consisting of indiscriminate and totalizing forms of surveillance are fundamental threats to republican commitments to constrain government in state/society relations.

The latest example of this confusing and contradictory optic that pertains to the work of a spy is illustrated by the controversy swirling around the scheduled release on November 20th of Jonathan Pollard who has been in prison since being convicted of espionage on behalf of Israel 30 years ago. As with Snowden, there are many liberals, and even some on the left, in the intelligence community, and among anti-Israelis who view the decision to release Pollard as setting a horrible precedent. The argument being made is that if Pollard had not been a Jewish-American ardent Zionist with ties to Israel he would have been sentenced to death as a traitor, and such a punishment would be deserved given the secrets he passed to Israel. Others point out that Pollard had become a bargaining chip in relations between Israel and the United States, and that his release was an expression of cynical geopolitics, a way of softening the anger in Tel Aviv associated with the Iran Nuclear Agreement that is viewed by Israel, both its leaders and most of its public as a dangerously imprudent initiative.

James North and Philip Weiss question the release from the treason angle. They contend that Pollard’s release is dubious because he provided Israel with information during the Cold War that allegedly was then likely traded to the Soviet Union (reportedly in exchange for allowing Jews to emigrate) that might have disclosed information to Moscow that exposed American agents to death or capture.[“MSM avoids central Pollard question: Did Israel trade secrets with Soviets for emigres?” Mondoweiss, July 30, 2015] For this reason, the crimes of Pollard cannot be excused or mitigated as acts of conscience to protect Israel from threats associated with undisclosed activities in hostile Arab neighbors, and his parole is rendered as problematic. It is never made clear in this line of reasoning whether Pollard was privy to such secondary uses made of his work as a spy in the pay of Israel, and whether that should make any difference in assessing the case for parole. Parole should be granted or withheld based on the behavior of a convicted person during his time in prison and the degree to which his release might produce further harm to society.

There is a question underlying this debate about the relationship between conscience and national identity. Is obedience to the laws of the state of residence and nationality the highest claim on behavior? I believe that a principled and reasonable disregard for national law could morally and politically justify acts of espionage of the sort that Pollard was alleged to have committed, including a genuine dedication to the promotion of the opportunity for Soviet Jews to emigrate to Israel. Apparently, conscience was not the main motivator for Pollard, and for this reason alone, he does pose a threat to society more serious than being one among thousands of rogue espionage entrepreneurs that pass secrets back and forth around the world as a matter of profession or for the sake of adventure and material gain. As such, whether Pollard is released or not is more a matter of public empathy than a question of whether or not his crime was such as to make his release either overdue or unacceptable.

Those who endorse Pollard’s release most enthusiastically are mainly drawn from the ranks of those who identify unconditionally with Israel, contending that he has already suffered too much, considering that he was acting on the basis of his Zionist conscience to provide Israel with highly classified intelligence information that it was supposedly, in any event entitled to receive from the U.S. Government according to a memorandum of understanding between the two governments. Beyond this, the claim being made by supporters is that Pollard has served already a disproportionately long prison sentence considering that his acts of espionage were on behalf of a government that was a friend and ally of the United States, and besides, that he has serious health issues that make his release justifiable on humanitarian grounds alone, especially given his age and harmlessness. Whatever knowledge Pollard may have had about U.S. secrets is 30 years old, and presumably worthless, making it purely vindictive to continue his imprisonment or impose strong conditions on his release. For Israel, Pollard became over the years a high profile symbolic hero (second only to the captured Israeli soldier Gilad Shalit) whose release was avidly sought on a priority basis by a string of prominent leaders including Yitzhak Shamir, Yitzhak Rabin, Shimon Peres, and Benjamin Netanyahu. It seems that the Israeli government wanted to show the depth of its commitment to someone whose liberty was lost because he acted to uphold Israeli security interests.

As a matter of public relations, Pollard’s release is being portrayed as an act of good will by the U.S. Government and as a routine exercise of discretion by parole authorities in a context where no convincing rationale exists for extending Pollard’s time in jail. Such a stance is opposed by some former top-ranked security officials, including Donald Rumsfeld, who contend that Pollard still has information that could damage U.S. security interests. In this regard, such right-wing critics of Pollard’s release claim that he possesses ‘a photographic memory,’ and thus continues to pose a threat to American security interests, surely vindictiveness disguised as paranoid patriotism.