Dozens Of Schoolchildren Suffer Effects Of Teargas Inhalation In Jerusalem 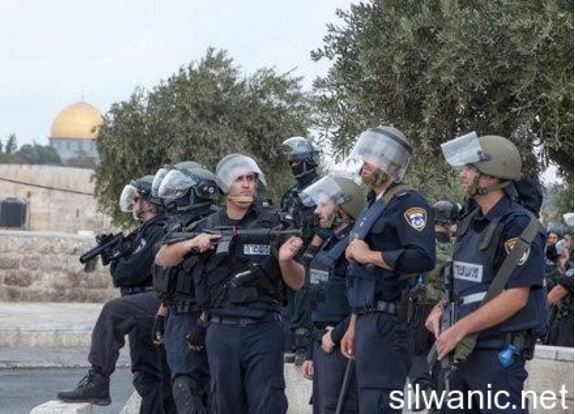 Israeli soldiers fired, on Thursday morning, several gas bombs on schoolchildren, trying to cross a military roadblock on the main entrance of the Shu’fat refugee camp, in the center of occupied East Jerusalem.The soldiers closed the roadblock from both directions, and prevented all Palestinian traffic from crossing, an issue that forced the children to try to cross on foot, before the soldiers attacked them, and fired gas bombs.

The army claimed the attack took place after a number of Palestinians hurled stones on them, near the refugee camp.

Palestinian communities in different parts of the occupied city, especially in the residential areas of as-Salam, Ras Khamis, Ras Shehada, Anata town, Silwan and al-Isawiyya towns have been completely isolated by military roadblocks, and concrete blocks, an issue that increased their suffering.

The soldiers are also forcing the residents to go through metal detecting machines, and addition to body searches and examining their ID cards, as issue that causes delays and huge traffic jams.

On Thursday morning, October 29, a Palestinian man died after an ambulance was unable to reach him in time, due to the extensive military blockade, and roadblocks isolating Palestinian communities in the occupied city of Jerusalem.

On Sunday at night, October 18, an elderly Palestinian woman from the al-’Isawiyya town, in occupied Jerusalem, died on a military roadblock, after Israeli soldiers delayed a car moving her to a hospital.

|Soldiers Kidnap Fifteen Palestinians, Including Children, In The West Bank|