Jenin: Army Photographs Home Of Slain Palestinian In Preparation To Demolish It 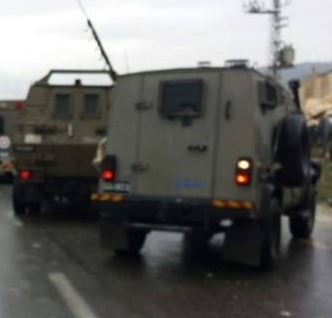 Dozens of Israeli soldiers invaded, on Monday at dawn, the al-Jadeeda village, south of the northern West Bank city of Jenin, took measurements and pictures of the home a Palestinian, who was killed by the military two days ago, in preparation to demolish the property.The soldiers invaded the home of Mohammad Abu Mariam, 23, who was killed by Israeli army fire, two days ago, along with Sa’id Jouda Abu al-Wafa, 38, after the army alleged they attempted to stab soldiers on the al-Hamra military roadblock. Abu al-Wafa is from the Zawiya village.

Soldiers Kidnap Nine Palestinians In Bethlehem, Two In Hebron, And One In Jenin