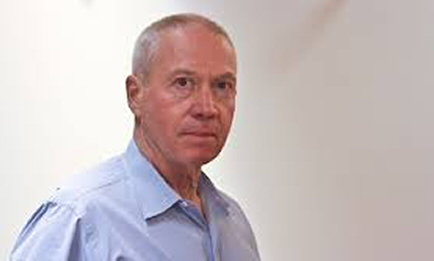 Israeli Minister of Construction and Housing Yoav Galant has expressed support for the idea of constructing a seaport for Gaza, explaining that it would release pressure on the Strip, which suffers due to ongoing economic siege.Galant, the former commander of the Southern Command explained, in a speech to Israeli Channel 10, that the siege and heightened security between Egypt and Gaza, has turned the Gaza Strip into an isolated island without the necessities of life. He expressed his opinion that the construction of a seaport would solve this problem.

He said, according to Al Ray Palestinian Media Agency, that Israel has three contradictory interests in establishing the port, as Israel seeks to realize calm in the south , not holding any responsibilities towards the people of Gaza and disarming the Strip.

He supported the army’s request for establishing the port, explaining that it will be an outlet for Gazans, whom Israel exerts ongoing control over. Furthermore, constructing an artificial island, to act as port under Israeli supervision, would give Israel the ability to isolate the besieged coastal enclave whenever it wishes.

‘I think it is a reasonable solution, and the world will be happy with it,’ he said.

Galant added that the best solution is to hold the people of Gaza to their own responsibilities, since any future humanitarian crisis, or any other, would not find its way to Israeli land.

AIC Opinion/Analysis: A Seaport in Gaza, A Neoliberal Distraction