Al-Qawasma Ends The Hunger Strike After Agreement Was Reached 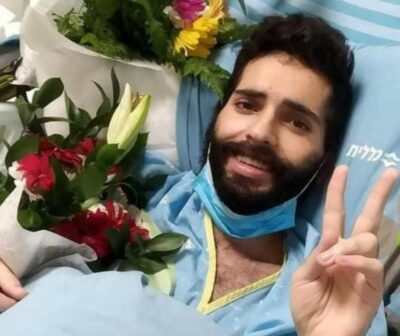 Palestinian political prisoner, Miqdad al-Qawasma, held by Israel under the arbitrary Administrative Detention orders without charges or trial, has ended the hunger strike which lasted for 113 days, after reaching an agreement for his release in February of 2022.

The Palestinian Detainees Media Center has confirmed that, after nearing death and constant Israeli attempts to keep al-Qawasma held under Administrative Detention orders without a set date for his release, an agreement was reached to end this latest order on November 27th, 2021.

It added that the detainee will remain in prison until February of the coming year 2022, and will be released then without being slapped with any additional Administrative Detention orders.

It is worth mentioning that Miqdad is also a former political prisoner who was repeatedly abducted and imprisoned by Israel, spending more than four years in prison, including being held under arbitrary Administrative Detention orders.

Al-Qawasma is also a university student and has been held by Israel without charges or trial since he was abducted in January of this year, 2021.

It is worth mentioning that five other detainees are still ongoing with their hunger strikes, protesting the continued imprisonment under the arbitrary Administrative Detention orders.

Detainee Kayed al-Fasfous is ongoing with the hunger strike he started 119 days ago, Ala’ al-A’raj, 96 days ago, Hisham Abu Hawwash, 87 days ago, Ayyad al-Hreimi, 49 days ago, and Luay al-Ashqar, 31 days ago.