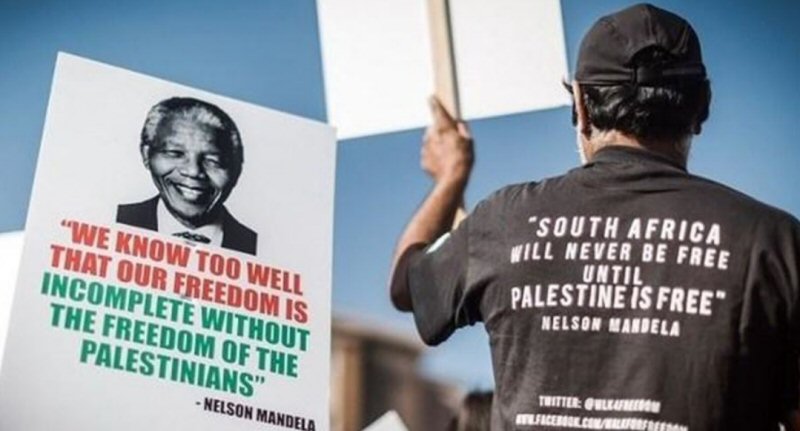 The African National Congress Youth League has affirmed its support for the international Boycott, Divestment and Sanctions (BDS) movement. Speaking to Middle East Monitor on Monday, the Secretary General of South Africa’s ruling party, Njabulo Nzuza, stressed that its National Executive Committee (NEC) even took a decision to work together with BDS South Africa (BDS SA).

Over the weekend, a Youth League member, Thembi Siweya, sparked controversy when she published an article titled “BDS SA, undermining South Africa” wherein she criticised the BDS movement. In particular, Siweya made clear that she is against any opposition to an Israeli company’s intended takeover of South Africa’s largest dairy producer, Clover.

“BDS SA ought to listen to what ordinary Palestinians yearn for,” claimed Siweya. “Its messaging on Palestine is not coherent and fails to benefit the Palestinians living in Palestine.” Nzuza was emphatic that Siweya’s views are “not the position of the Youth League.”

Meanwhile, the former Chairperson of International Relations at the South African Parliament, and now spokesperson of BDS SA, Tisetso Magama, also criticised Siweya’s claim. “Just a little research would reveal that the call for the BDS boycott of Israel was made by the largest grouping of Palestinian civil society, including virtually all Palestinian political parties.” It is Siweya, he insisted, who has distorted the views of the ANC and South Africa. “South Africans in general and the ANC in particular are long-time allies of the Palestine solidarity and BDS movement.”

Siweya’s comments followed statements made by South African President Cyril Ramaphosa in which he affirmed the country’s support for the people of Palestine during a recent parliamentary address. “Our support for the struggle of the Palestinian people is not merely a product of history,” the President pointed out. “It is a refusal to accept that a people should be continually denied the right of self-determination in violation of international law.”

Israel’s Central Bottling Company is leading a consortium of companies in a takeover of Clover. According to Israeli human rights and research body Who Profits, the Israeli company has unlawful operations in illegal settlements and previously donated to the right-wing Israeli “fascist” organisation Im Tirtzu. Other partners in the intended deal include South African investment firm Brimstone and a Mauritius-registered company, Incubev. The latter’s directors include the former Senior Vice President of Coca Cola, Paul Fourie, and Kodwo Atta-Mills, the son of Ghana’s former President. South African civil society is opposed to the deal.

A spokesperson of the Farm and Allied Workers Union of South Africa, Dominique Martin, explained that the organisation supported pro-Palestinian groups in their rejection of the proposed deal to take over Clover Dairy. “This is based on our organisation’s political beliefs, as well as concerns over food sovereignty and job losses,” said Martin. “It has been a longstanding principle of ours that anything to do with apartheid Israel or associated companies must be rejected in line with isolating and boycotting this regime… It is our firm belief that [Clover] must remain in domestic ownership seeing that the other three major dairy producers — Danone, Parmalat and Nestle — are all foreign-owned.”