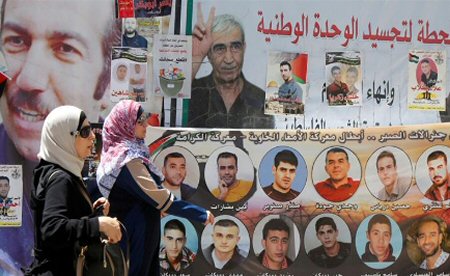 Israel said that its security cabinet, on Sunday, decided to withhold $138 million (€122 million) in tax transfers to the Palestinian Authority, over its payments to prisoners jailed for attacks on Israelis.

A statement from Prime Minister Benjamin Netanyahu’s office said the withheld cash would be equal to that paid by the PA last year to “terrorists imprisoned in Israel, to their families and to released prisoners.”

The PA says the payments are a form of welfare to the families who have lost their main breadwinner and denies it is seeking to encourage violence.

Many Palestinians view prisoners, and those killed while carrying out attacks, as heroes in their conflict with Israel. Palestinian leaders often venerate them as martyrs.

Senior Palestine Liberation Organisation official Ahmed Majdalani accused Israel and the United States, which has cut hundreds of millions of dollars in Palestinian aid, of an attempt at blackmail.

US President Donald Trump’s White House is expected to release its long-awaited peace plan, later this year, and that the Palestinians believe will be blatantly biased in favor of Israel.

The Palestinians cut off contact with the White House after Trump’s 2017 declaration of Jerusalem as Israel’s capital.

“The occupation government is seeking to destroy the national authority in partnership with the US administration of Donald Trump,” Majdalani said, in a statement.

The move to withhold the money comes in response to an Israeli law passed last year allowing it to do so.

Israel collects around US$127 million a month in customs duties levied on goods destined for Palestinian markets that transit through Israeli ports, and then transfers the money to the PA.

Earlier this month, Netanyahu pledged to implement the law after a deadly Palestinian attack on a young woman.

He is running in an election scheduled for Apr 9, and has been seeking to shore up his security credentials in the eyes of voters, ahead of polling day.

Earlier on Sunday, Netanyahu said, “Today, I will submit for cabinet approval the (legislation on) deducting of the terrorists’ salaries from the Palestinian Authority funds.

“Security officials will brief the cabinet on the scope of the funds. This is an important law which we have advanced, and today we will pass it exactly as I promised.”

The US$138 million will likely be deducted incrementally over a 12-month period, according to local media reports.

Sponsors of the July law on Palestinian funds wrote, at the time, that the PA paid around US$330 million a year to prisoners and their families, or seven percent of its budget.

It was not clear what caused the reduction in the amount.

The Palestinians have already been facing a cut of more than US$500 million in annual aid, by Trump’s administration, mostly to the UN agency for Palestinian refugees.

The Palestinian Authority also said, in January, that it will refuse all further US government aid for fear of lawsuits over alleged support for terrorism, due to a recently passed US law.

Israel has withheld payments in the past, notably in response to the Palestinians’ 2011 admission to the UN cultural agency UNESCO as a full member.

The PA, which has limited sovereignty in parts of the occupied West Bank, relies heavily on outside financial aid.