Army Abduct Six Palestinians, Including One Woman, In Jerusalem 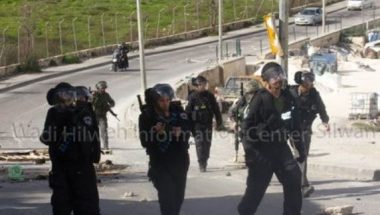 Israeli soldiers abducted, on Monday at dawn, six Palestinians, including one woman and three children, in several parts of occupied East Jerusalem, after invading their homes and searching them. The graveyard is subject to ongoing violations, especially since Israel confiscated a section near Al-Aqsa Mosque to include in its so-called “National Gardens” project.