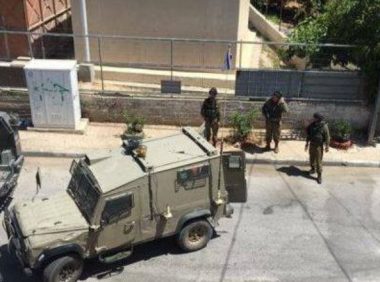 Israeli soldiers abducted, on Sunday evening and Monday at dawn, seven Palestinian children, including two children, 10 years of age, and summoned one Palestinian for interrogation, in the West Bank governorate of Bethlehem.

It added that the soldiers also invaded Doha town, west of Bethlehem, searched homes, and summoned Nader Issa Khatib, 28, for interrogation in Etzion military base and security center.

The three children standing near the eastern entrance of the refugee camp when the army invaded it.