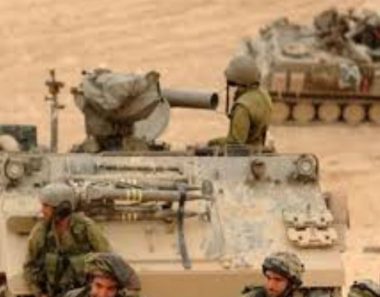 Yousef Deeriyya, a member of the Popular Committee against the Annexation Wall and Colonies, said the soldiers did not inform the Palestinians about the drills, or even the period they would take.

He added that the army considers the area as a “military zone” meant for live fire training, and frequently carries out drills among the homes, and on Palestinian lands, especially during night hours.

Deeriyya further stated that the soldiers conduct frequent training in the area, and leave massive destruction before they withdraw, to force the Palestinians to leave their lands.

In January, the soldiers shot a Palestinian child with a live round in the head, during “military training” near Tubas, in northeastern West Bank.

Also on Tuesday, Israeli colonizers attacked and injured, several Palestinian schoolchildren, while heading to school in the Tiwana village, in Yatta town, south of Hebron, in the southern part pf the occupied West Bank.

In related news, several colonizers invaded a Palestinian olive orchard in the al-Jab’a village, southwest of Bethlehem, cut at least thirty olive trees, and took them away.