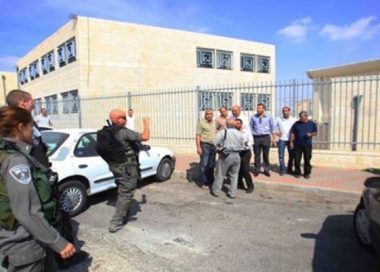 Israeli colonizers attacked and injured, Tuesday, several Palestinian schoolchildren, while heading to school in the Tiwana village, in Yatta town, south of Hebron, in the southern part pf the occupied West Bank.

Rateb Jabour, the coordinator of the Popular Committee against the Annexation Wall and Colonies in southern Hebron, said many students suffered various cuts and bruises.

The head of Tiwana Local Council Mohammad Rib’ey told the Palestinian News & Info Agency (WAFA) that the colonizers have been stepping up their attacks against the Palestinians, and their lands, to force them to leave.

He added that the attack against the children is not the first, and is part of a series of seriously escalating violations.

In related news, several colonizers invaded, earlier Tuesday, a Palestinian olive orchard in the al-Jab’a village, southwest of Bethlehem, cut at least thirty olive trees, and took them away.