Army Injures Many Palestinians, Including Children, In Jerusalem 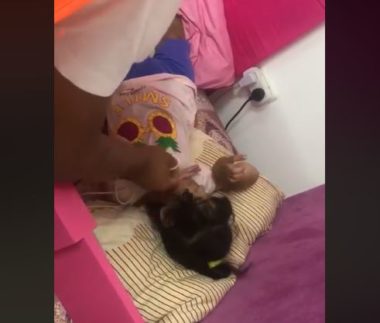 Israeli soldiers injured, Friday, dozens of Palestinians, among them children, including a girl with special needs, in the al-‘Isawiya town, in occupied East Jerusalem.

Media sources said the soldiers invaded the town and fired gas bombs at many homes, and streets, without any provocation, causing dozens of Palestinians, including children, to suffer the effects of teargas inhalation.

One of the wounded children is a little girl with special needs, who passed out for around three minutes while in her room after suffering the severe effects of teargas inhalation, the Wadi Hilweh Information Center in Silwan (Silwanic) has reported.

The town has been subject to daily invasions, including breaking into homes and the abductions of dozens of youngsters, in addition to the dozens of injuries caused by the soldiers.

On Thursday evening, the soldiers attacked a mosque in al-‘Isawiya, and fired gas bombs, causing at least three Palestinians to suffer the severe effects of teargas inhalation.