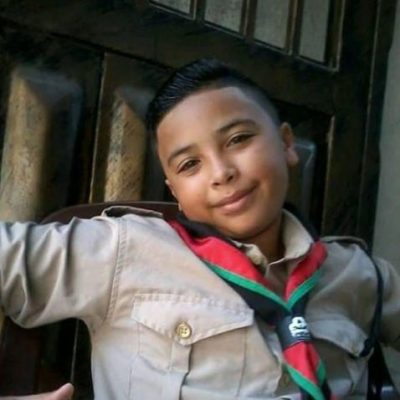 Updated: The Palestinian Health Ministry in the Gaza Strip has confirmed that Israeli soldiers killed, Friday, seven Palestinians, including one child, and injured 992 others, in several parts of the coastal region.  An eighth Palestinian died from serious wounds suffered last Friday.

Update: The soldiers killed Ala’ Yahya az-Zamily, 17, after shooting him with a live round in his neck, east of Rafah. Ala’ was from Shaboura refugee camp, in Rafah.

It said that Mohammad Sa’id Mousa al-Hajj Saleh, 33, from Rafah, in southern Gaza Strip, was shot with live Israeli army fire in the abdomen and chest,  east of the city, during evening hours.

The Ministry stated that the child, identified as Hussein Mohammad Madhi, 16, was killed by Israeli army fire, on Friday evening, east of Gaza city.

Dr. Ashraf al-Qedra, spokesperson of the Health Ministry in Gaza, said the soldiers shot 1070 Palestinians, 551 of them were rushed to the make-shift clinics on Palestinian lands hundreds of meters away from the border fence.

He added that 442 wounded Palestinians were rushed to governmental hospitals, and 77 to private hospitals. Among the injured are 48 children, and 12 women.

The soldiers also continued to deliberately target the Palestinian medic, and their ambulance, especially east of Rafah, with Gaza bombs, wounding seven of them.

In addition,  the Health Ministry and the Red Crescent in Gaza have confirmed that the soldiers killed Majdi Ramadan Shbat, 38, east of Gaza city, after shooting him with a live round in the neck, while Osama Khamis Qdeih, 38, from Abasan al-Kabeera town, east of Khan Younis, was also killed by army fire.

On Friday morning, the Palestinian Health Ministry has reported that a young man, identified as Tha’er Mohammad Rabe’a, 30, died from serious wounds he suffered when Israeli soldiers shot him with live fire, last Friday March 30th, in northern Gaza.

Palestinian journalist Wa’el Abu Omar told the Maan News Agency that the soldiers fired a new type of gas bombs that cause extreme weakness, and caused the affected to have serious difficulties not only in breathing, but also in moving.

Updated From:
Army Kills Three Palestinians, Injures At least 252, Including Many Who Suffered Serious Wounds, In Gaza
Apr 6, 2018 @ 18:05

Israeli soldiers killed, Friday, three Palestinians, including a child,  and injured at least 252 others, including may who suffered life-threatening wounds, and moderate injuries, in several parts of the Gaza Strip, after the army resorted to the excessive use of force against nonviolent protesters.

His death brings the number of Palestinians who were killed by Israeli army fire today, Friday, to three, in addition to a fourth Palestinians who died from serious wounds suffered last week.

Ten Palestinians were shot with live fire in the head and chest, in Khan Younis alone, the Red Crescent in Gaza has reported.

The Health Ministry and the Red Crescent in Gaza has confirmed that the soldiers killed Majdi Ramadan Shbat, 38, east of Gaza city, after shooting him with a live round in the neck.

In addition that 252 Palestinians were injured by army fire, including many who suffered life-threatening wounds, and serious injuries, in addition to dozens who suffered the severe effects of teargas inhalation.

52 of the wounded suffered severe convulsions and threw up due to the effects of the gas bombs.

The Israeli army is firing long-range gas bombs that reaches the make-shift hospitals.

Dr. Ashraf al-Qedra, the spokesperson of the Health Ministry in Gaza has confirmed that the soldiers killed Osama Khamis Qdeih, 38, from Abasan al-Kabeera town, east of Khan Younis.

He added that Qdeih died from serious wounds he suffered after the soldiers shot him with live fire, east of Khan Younis.

The Palestinian Red Crescent in Khan Younis, in the southern part of the Gaza Strip, said its field hospital provided treatment to more than 50 Palestinians, including many who were shot with live rounds in the head and chest, and dozens who were shot with rubber-coated steel bullets and gas bombs, in addition to scores who suffered the effects of teargas inhalation.

In added that the soldiers also fired dozens of gas bombs directly targeting many ambulances, and make-shift field clinics, east of Rafah.

The soldiers deliberately fired a barrage of gas bombs, including high velocity, long range bombs, at crowds of protesters, in addition to firing many live rounds at them.

The soldiers also targeted many journalists with live fire and gas bombs, including during live coverage by the al-Mayadeen TV.

Furthermore, the army used planes and drones in firing a barrage of gas bombs at the Palestinians even in areas not close to the border fence.

Dozens of Palestinians suffered the severe effects of teargas inhalation and received the needed treatment in make-shift hospitals near the border fence, across the eastern part of the Gaza Strip.

The soldiers also targeted dozens of medics with gas bombs, east of the al-Boreij refugee camp, in central Gaza, wounding many of them.

The Palestinians burnt dozens of tires near the border fence, in order to obscure the vision of the soldiers, especially the sharpshooters, who barricaded themselves behind huge sand hills across the border fence.

The army also used planes to extinguish the burnt tires, in addition to using water h oses and even fans to send the smoke back to the Palestinian side.

His death  brings the number of Palestinians who were killed by Israeli army fire since Friday, March 30th, to twenty-two, including the farmer, Wahid Nasrallah Abu Sammour, who was killed on his land early Friday morning before the Land Day protests began. In related news, the soldiers shot three Palestinians, including one who suffered a head injury, in Ramallah, in central West Bank.

The soldiers also injured many Palestinians in Hebron, in the southern part of the occupied West Bank.