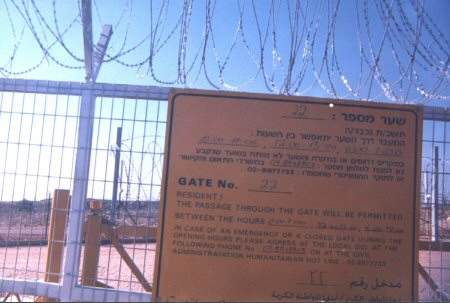 Israeli forces have seized an agricultural caravan belonging to a farmer from village of Khirbet Jubara, to the south of the occupied West Bank city of Tulkarem.

Head of the Khirbet Jubara Village Council, Ihsan Tahseen, told WAFA that Israeli forces escorted a large crane to a plot of land belonging to the Dasouki family, and seized the caravan.

He added that the land owner had just finished reclaiming their plot of land, which occupied a dunam and 800 square meters, and had a caravan placed in it, for agricultural purposes.

The targeted land is located at the entrance of the village, next a house demolished by Israeli forces, earlier in April, under the pretext that it was built without a permit.

The villagers of Khirbet Jubara, a small town trapped between the 1976 borderline and Israel’s apartheid wall, depend on agriculture and cultivation of chickens for their livelihood.

Israel has confiscated hundreds of dunams of farmland from the villagers, for the construction of the apartheid wall, which surrounds the village from all directions and leaves only two passage ways, al-Kafriyat checkpoint and Gate number 22, north and south of the village.

Israel’s wall has segregated approximately 4,000 dunams of land belonging to Khirbet Jubara and a number of neighboring villages.