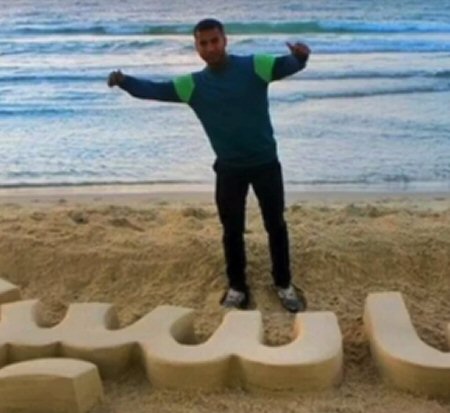 Palestinians in Chicago rememberedÂ Mohammed Abu Amr, the 19-year-old sand artist known for his sculptures on the beaches of Gaza who was killed by Israeli occupation forces on 30 March 2018 as he participated in theÂ Great March of ReturnÂ on the colonial â€śbordersâ€ť of the Gaza Strip.

Organized by theÂ US Palestinian Community NetworkÂ in Chicago, participants in the action sculpted the image of the map of Palestine in sand, filming it from above, while speaking about their own experiences as Palestinians committed to achieving the right of return and liberation for their people.

In support of the #GreatReturnMarch, dedicated to Mohammaed Abu Amr, 19-year-old Palestinian Gazan artist murdered by the Israelis.#LandDayMassacre #NakbaDay70

Posted by US Palestinian Community Network on Thursday, April 12, 2018