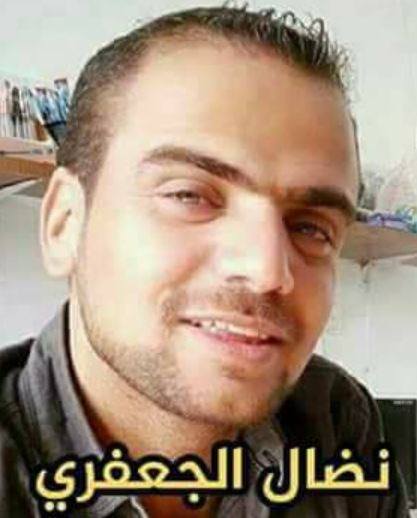 Nidal al-Ja’fari was the Palestinian security officer who was killed in the attack. His funeral was held later Thursday, with hundreds of supporters gathering on the street to participate in the funeral procession. 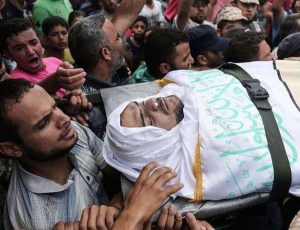 Eyad al-Busom, the spokesperson of the Ministry of Interior in Gaza, said “The border patrol stopped two people in the early morning at the border with Egypt. They were attempting to smuggle themselves into Egypt to join Da’esh (known in English by the acronym ISIS), and one of them blew himself up, killing himself and a Palestinian security officer.”

The attacker who blew himself up was identified as Mustafa Kalab. A statement by the Kalab family following the attack denounced Mustafa, disowned him as a family member, and said they will refuse to carry out any prayer ceremony or burial of Mustafa Kalab’s body. They extended their condolences to the family of al-Ja’fari, the officer who was killed, and said that they support all efforts to end extremism and fanaticism.

Palestinian sources in Gaza say that this is the first suicide bombing directed at Hamas. The two men who carried out the attack are said to be affiliated with extremist Salafist groups, and were attempting to enter Egypt to fight against the Egyptian government, which has been cooperating with Israel to crack down on Da’esh in the country.

There is no known chapter of Da’esh in Gaza, although an Italian peace activist, Vittorio Arrigoni, was kidnapped and killed in 2011 by three Palestinians who allegedly associated with the extremist views of Da’esh.