Dangerous Bill in Congress to Crush the PLO and PA 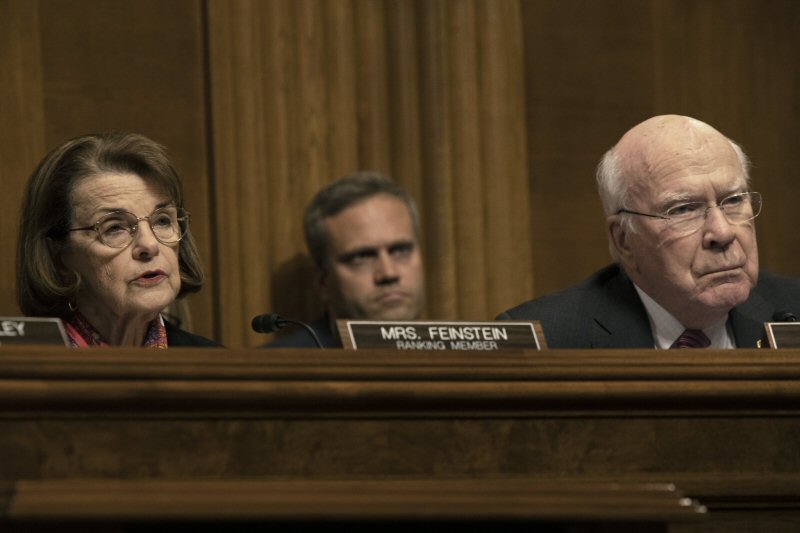 A bipartisan US bill currently being considered by the Senate Judiciary Committee puts at stake the ability of the Palestine Liberation Organization (PLO) to engage diplomatic and legal channels to support Palestinian national aspirations and to seek accountability through international mechanisms, as well as the future of the US-Palestinian bilateral relationship.

The Promoting Security and Justice for Victims of Terrorism Act of 2019, Senate Bill 2132, revises the Anti-Terrorism Clarification Act (ATCA) so that the PLO and the Palestinian Authority (PA) may be made to pay over $655 million in damage claims to American victims of political violence in Israel that had previously been dismissed by the 2nd Circuit Court of Appeals in 2016. The bill goes well beyond an attempt to obtain compensation for victims’ families. If the bill is successful, the US would revert to treating the PLO as a mere terrorist organization without national representative character.

What is ATCA and Why Did it Need to be “Fixed”?

ATCA, which became law in October 2018, enables American citizens to sue foreign entities for acts of terrorism occurring before the effective date of the Act if those entities accept US assistance. ATCA was a response to the failed attempt by the Shurat HaDin – Israel Law Center to hold the PA and PLO liable in US courts for the deaths of American citizens killed between 2002 and 2004 during the Second Intifada. A lower court had awarded over $655 million to 11 US families; however, the 2nd Circuit Court ordered the claims dismissed on the grounds that the attacks took place entirely outside US territory without evidence that Americans were specifically targeted. The Supreme Court denied Shurat HaDin’s request for review of the appellate decision.

Iowa Republican Senator Chuck Grassley fast-tracked ATCA without debate by using a process known as “hotlining.” Under normal circumstances, members of the Senate Judiciary Committee would have had time to analyze the legislation and foresee how it would force the PA to reject all US aid, including funds for Israeli-Palestinian security cooperation. Grassley’s procedural stratagem of pushing ATCA through the Judiciary Committee, at a time when members were preoccupied with the confirmation hearing of Supreme Court nominee Brett Kavanaugh, precluded careful consideration of the ramifications. The need to “fix” ATCA became clear to Congress when the Palestinian prime minister sent a letter to the US secretary of state refusing to accept any future US assistance.

How the ATCA “Fix” is a Game Changer

The Promoting Security and Justice for Victims of Terrorism Act of 2019 amends ATCA by allowing the PA to accept security assistance without triggering jurisdiction for terrorism-related claims. However, it introduces new avenues for the PLO and PA to be held liable: If the PLO continues to hold state status in UN agencies and bodies or at the International Criminal Court (ICC), or if PLO or PA officials enter the US on official business or maintain offices on US territory, then the previously dismissed damage claims will become due and future claims may be heard in US courts. The operation of Palestine’s mission to the UN in New York is excepted to the extent official UN business is being carried out; no other advocacy on behalf of Palestine or Palestinians may be conducted in the US.

A more limited bill passed in the House of Representatives in July 2019 that also seeks to amend ATCA to ensure victims’ compensation for terrorism claims: The United States-Israel Cooperation Enhancement and Regional Security Act. This bill links jurisdiction to whether the PLO advances an application for membership in the UN or reopens an office on US territory. The different House and Senate amendments to ATCA will have to be reconciled.

If the Senate version of the ATCA fix becomes law, the PLO and PA will have to make a choice:

In the former case, the PA will bankrupt itself and the US will treat the PLO as nothing more than a terrorist organization. In the latter case, the PLO will have relinquished any pretense that it can effectively represent the rights and interests of the Palestinian people. Either case means the end of a Palestinian negotiating partner for any future peace talks.

While many Republicans may have just this outcome in mind, Democrats, who still claim to support the two-state solution, may not understand the implications of the ATCA fix, just as they failed to understand the impact of ATCA in the first place.

Moreover, with all the focus on the anti- and pro-boycott resolutions in the House, many Palestinians and those in the solidarity community may not fully appreciate how the international delegitimization or bankrupting of the PLO – the body still recognized as the sole legitimate representative of the Palestinian people – could impact their human rights advocacy in the US and globally. Whatever one’s views about the PLO or PA, no longer having an address for the national aspirations of the Palestinian people will make international and US advocacy much more difficult.

Palestinians and those interested in a just peace should alert members of Congress to the impact of the Senate bill on the future of US-Palestinian bilateral relations and the possibility of finding a diplomatic resolution to the Palestine-Israel conflict. The Palestinian quest for self-determination and accountability for victims of war crimes should not be undermined to score short-term domestic political points that will have far-reaching implications for Mideast peace.

Al-Shabaka Policy Member Zaha Hassan is a human rights lawyer and visiting fellow at the Carnegie Endowment for International Peace. Her research focuses on Palestine-Israel peace, the use of international legal mechanisms by political movements, and U.S. foreign policy in the region. She previously served as coordinator and senior legal advisor to the Palestinian negotiating team during Palestine’s bid for UN membership from 2010-2012. She received her J.D. from the University of California at Berkeley and an LLM in Transnational & International Law from Willamette University.