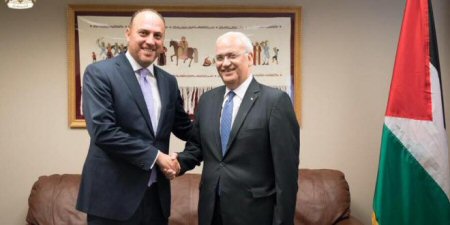 Informed political and media sources said that there has been a US decision to delay the implementation of the decision to close PLO mission in Washington.

The sources told the PNN that US and Palestinian officials are holding quiet consultations to find creative mechanisms for ending the file away from straining relations between the two sides.

According to the sources who spoke with PNN editor in chief, the US decision to postpone the implementation of the decision to close PLO mission came on the backdrop of continuing Palestinian-American consultations to find a way out of the current crisis.

The source said that, especially after the Palestinian Authority’s decision to stop contacts with the American side, there is an American  desire  to overcome the crisis, as the administration seeks to present its vision for peace in the Middle East.

The sources confirmed that the US administration informed the Palestinians of the need for calm, and not escalation, until a solution to the crisis is achieved through a legal exit.