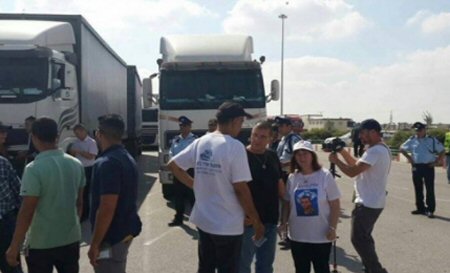 Channel 7 said that a terrible traffic jam developed, as a result of Israeli demonstrators gathering in protest of the deteriorating security situation, in order to force Israeli government to change the condition.

In addition, some 150 Israeli students from the Gaza region also plan to protest security instability; the demonstration is set to start from the borders to occupied Jerusalem.

A cabinet meeting is being held today, to make a decision on funds coming into the Gaza Strip, with the start of a two-day truce.