Entry of Cement to Gaza Suspended 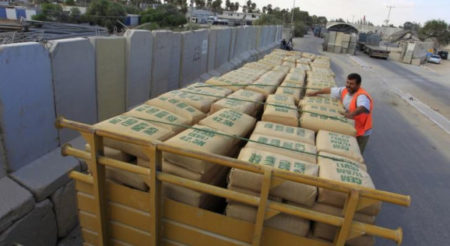 According to Maariv newspaper, the Israeli army gave instructions, at the behest of Bennett, to suspend cement exports to Gaza and withdraw permits from 500 cement dealers.

The measure, which is to take effect as of Sunday morning, was reportedly in response to daily Gaza attacks, which resumed recently after the Israeli occupation authority deliberately opened floodgates to dams and flooded vast tracts of farmlands and roads in the east of Gaza, causing considerable losses to the agricultural sector in particular.