Families Demolish Own Homes To Avoid High Fines In Jerusalem 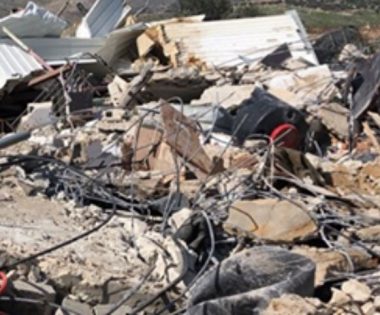 Several families from Qalandia town, north of occupied East Jerusalem, started demolishing sections of their own homes to avoid excessively high fines and costs, imposed by the Israeli City Council.

The families previously received orders demanding them to demolish their homes, or face high fines and penalties should the City Council and the military demolish their properties for being built without permits.

The families received verbal warnings regarding the demolition of their homes on April 24th, and today, were ordered to complete the destruction of their property within 72 hours, or face higher penalties.

It is worth mentioning that the families still face potential fines, after the High Court rules on cases filed against them for what the army claims “illegal constructions.”

Two years ago, the army demolished eleven homes in the area, and under the same allegations, while Israel is currently planning to demolish residential towers and a mosque in the al-Matar neighborhood.