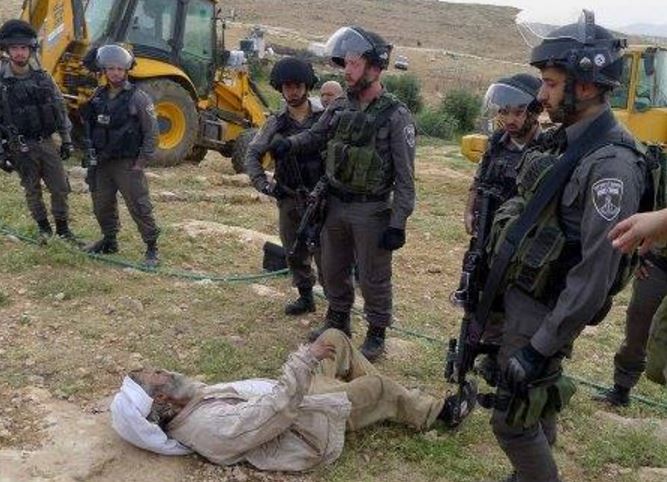 The Israeli army invaded, on Wednesday evening, the town of Sammoa’, south of the southern West Bank city of Hebron, demolished an under-construction home, a trailer and a well, in addition to uprooting farmlands.

The Palestinian New & Info Agency (WAFA) said the soldiers surrounded the area, and demolished the properties, owned by Ra’ed Daghameen.

The soldiers also uprooted many trees and plants in the area, especially those close to the illegal Otnael colony, built on Palestinian lands in Karma village, south of Hebron.

The soldiers also invaded Ni’lin village, west of Ramallah, and demolished an Auto Body shop and a slaughter house, east of the town.

On Wednesday, Israeli soldiers demolished a home in Yatta town, near Hebron, and assaulted the elderly man who owns it, causing various cuts and bruises.