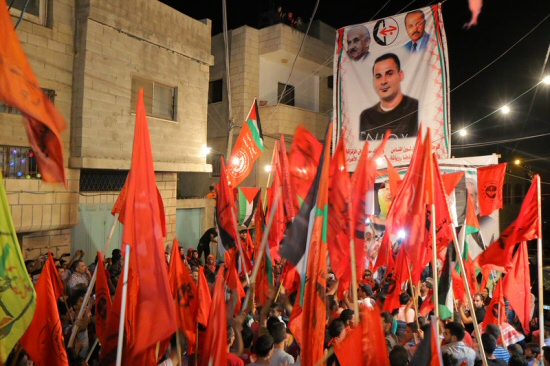 [Palestinian detainee] Bilal Kayed has now been on [hunger strike] for 50 days.

In mid-June, he was supposed to return to his home in the West Bank village of Asira al-Shamaliya after serving nearly 15 years in an Israeli prison.

But, when Israeli authorities reneged and placed him under administrative detention instead, he began refusing food.

His protest has drawn strong support: around 100 Palestinian prisoners have joined a hunger strike, in solidarity with him.

Among those who have begun refusing food are Ahmad Saadat, the secretary-general of the Popular Front for the Liberation of Palestine (PFLP) who is currently serving a 30-year sentence.

Editor’s note: Administrative detention is an archaic method of punishment, enforced by Israeli authorities and dating back to the days of British Mandate, in which the detainee is subjected to imprisonment, without charge or trial, for renewable periods of up to six months. The order can be renewed indefinitely.

This week, Kayed issued a letter from his hospital bed addressed to the Palestinian people.