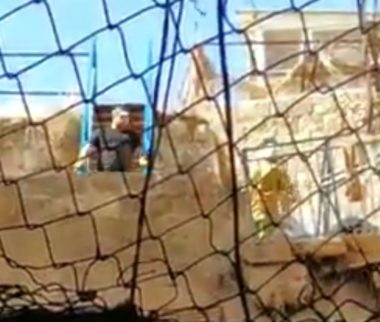 A group of illegal Israeli colonialist settlers invaded, Monday, three Palestinian homes in the Old City of Hebron, in the southern part of the West Bank.

Local sources in Hebron said the three homes are old and vacant, and added that the Israeli assailants caused damage to their inner walls, before fleeing the area.

They stated that the homes are owned by members of the Hebron families of Arafa, al-‘Oweiwi and al-Hamouz.

The Israeli army, extensively deployed in Hebron, did not intervene or attempt to stop them.

The attack is part of numerous Israeli violations against the Palestinians, their homes and lands, in Hebron, as well as several parts of the West Bank, including Jerusalem.