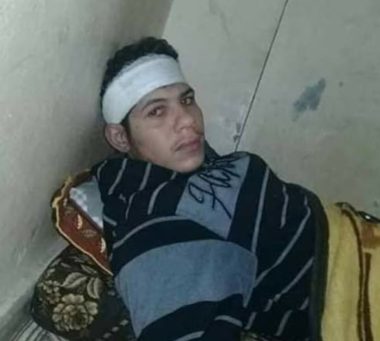 Israeli soldiers killed, Monday, one Palestinian and injured at least eighty others, including 15 who were shot with live fire, during a the 14th Naval Procession in Beit Lahia, in the northern part of the Gaza Strip.

The Health Ministry said the soldiers killed Mohammad Abdul-Hai Abu Abada, 27, from the al-Shati’ refugee camp, in northern Gaza, after shooting him with live fire.

He was rushed to the Shifa Medical Center in Gaza City, where he was declared dead due to his severe wounds.

It is worth mentioning that Mohammad was injured three times since the Great Return March processions started on March 30th.

Many Palestinian protesters burnt tires in an attempt to blur the vision of Israeli army sharpshooters, who were heavily deployed along the northern border of the besieged Gaza Strip.

The army fired dozens of live rounds, rubber-coated steel bullets, and high-velocity gas bombs at the protesters, causing dozens to suffer the effects of teargas inhalation.

The Health Ministry denounced the ongoing and excessive use of force by the army, and condemned the targeting of civilians and medics, in addition to calling on the international community to act and end the Israeli violations, especially against medical teams and volunteers. It is worth mentioning that fifteen boats participated in the naval procession, while dozens of Palestinians protested at the shore, before the army started firing dozens of live rounds, in addition to gas bombs and rubber-coated steel bullets.

The Higher National Committee for the Return Processions and Breaking the Siege, said that the Palestinians will not bargain on their legitimate national rights, and reject the so-called Deal of the Century.

It added that “the world needs to understand that the Palestinian people will never trade their legitimate right for scraps of humanitarian aid and partial solutions, but are struggling to legitimate rights, not only to end the deadly siege on Gaza, but also for independence and liberation to live in dignity and liberty.

On Sunday evening, the soldiers fire a shell at Palestinians, near the perimeter fence area, between Khan Younis and Deir al-Balah, in the Gaza Strip, killing three children.

On Sunday morning, the opened fire at Palestinian farmers in the northern Gaza strip.