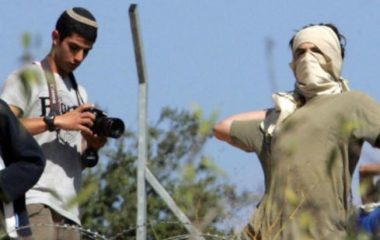 Several illegal Israeli colonists attacked, Wednesday, many Palestinians, picking their olive trees in their orchards, in the al-Jab’a village, south of Bethlehem, in the occupied West Bank.

Eyewitnesses said the assailants came from the illegal Beit Ayin colony, which was built on privately-owned Palestinian lands.

They added that the colonists hurled stones at Palestinians from Hmeidat family, as they were picking their olive trees in their orchard.

Two days ago, the colonists attacked an elderly man from the same family, while he was working on his land.

Such attacks are frequent, and include cutting and uprooting trees, in addition to assaulting the farmers; they escalate during the olive harvest season.