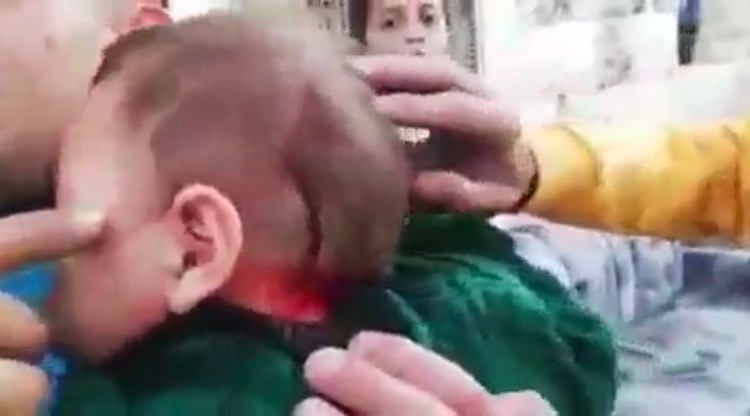 A Palestinian infant sustained a moderate injury, when extremist Jewish settlers, under Israeli army protection, attacked Palestinians’ homes with stones in the neighborhood of Tel Rumeida in Hebron, in the southern occupied West Bank, the Palestinian News and Info Agency (WAFA) reported.

Hundreds of settlers protected by army forced their way into the Old City of Hebron, attacking Palestinian civilians and storekeepers, shouting profanities at them and throwing stones at homes.

Mohammad Hasan Tanina, 18 months, was hit in the head with a rock, by the rampaging settlers, while inside his family home. He sustained a moderate injury, and was rushed to hospital for medical treatment.

Tension has been high in the city since Friday, when extremist settlers attacked homes of Palestinian families in the occupied section of the city, injuring several people.

Some 800 fanatic settlers live in the Israeli-controlled section of Hebron, known as H2, among more than 20,000 Palestinians.

Harassment of Palestinians in that area is a daily occurrence, particularly following the departure of the international monitoring team, the Temporary International Presence in Hebron (TIPH), in February, after Israel refused to extend the team’s mandate.

Settlers pelted stones and empty bottles as well as sprayed pepper gas at passersby, local residents and storekeepers, injuring some of them and terrorizing many others, especially children.

The Israeli army reportedly did nothing to protect the Palestinian civilians, witnesses said.

Earlier on Saturday, the Israeli military closed the Ibrahimi Mosque in Hebron to Palestinian Muslim worshippers, as thousands of Jewish settlers converged on the old city, which is under full Israeli military rule, to mark what is known as Sarah holiday.

Settlers were also seen yesterday placing stones with Jewish inscriptions on walls and arches in the old town of Hebron in an effort to make believe that the city is historically Jewish.