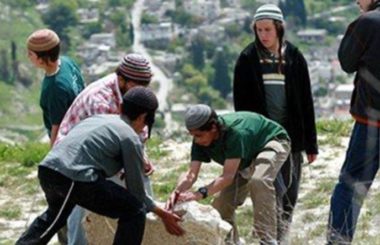 The attack was carried out by colonists from Elon Moreh illegal colony, which was built on privately-owned Palestinian lands.

In related news, a group of colonialist settlers invaded Palestinian olive orchards, south of Burin village, south of the northern West Bank city of Nablus, chased the villages and stole their olive harvest.

On Saturday, the colonialist settlers attacked many Palestinians while picking their olive trees in orchards owned by Burin villagers, south of the northern West Bank city of Nablus.