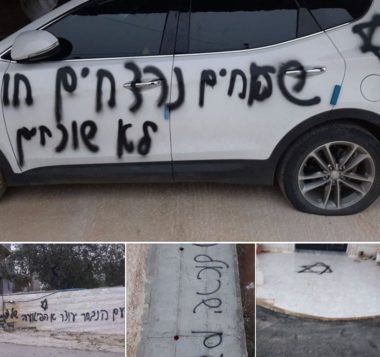 Media sources said the assailants infiltrated into the village through the al-Maghshi area, located next to an illegal colony.

They added that the colonists punctured the tires of 15 Palestinian cars, and wrote racist graffiti on wall and cars.