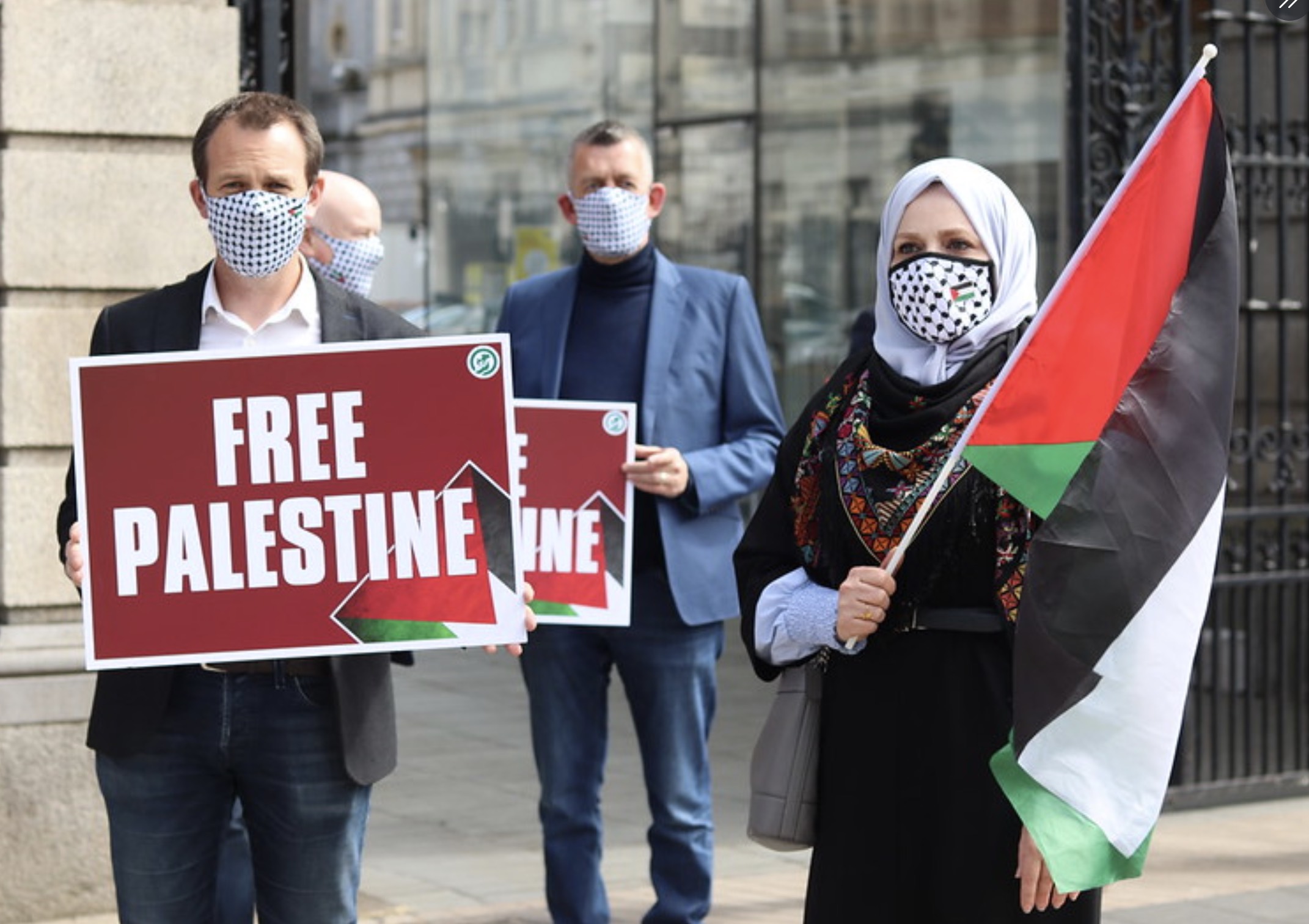 The Irish Parliament has unanimously passed a motion condemning Israel’s colonial settlements in the West Bank and Jerusalem as ‘de facto annexation’. The Palestinian National Authority has hailed this as a victory for international law, human rights and United Nations Resolutions, according to the Wafa News Agency.

The motion was tabled soon after a ceasefire was issued following 11 of the most deadliest days for Palestinians in recent years. At least 233 Palestinians have been killed as a result of Israel’s strikes on Gaza, 66 of whom are children. 12 people have been confirmed dead within Israel following rockets fired from Gaza.

The Palestinian ambassador to Ireland, Jilan Wahba Abdalmajid, said the motion was “great support” for Palestinians and praised the action of the Irish Parliament:

“This motion is giving great support to the issue of the de facto annexation that is happening in Palestine,” she told The Times newspaper.“It’s happening. Ireland is the first EU country to take such a position.” Al-Jazeera News Agency reports. The motion, tabled by the opposition Sinn Fein party passed Wednesday and received cross-party support.

Mary Lou Macdonald, the leader of the Sinn Fein party posted on Twitter :

Illegal land grabs, annexation of Palestinian land & homes has been called out by  Dail (Parliament) in Dublin.The motion tabled by @sinnfeinireland & supported by all must mark new assertive, consistent confrontation of Israeli crimes against Palestine #PalestineBleeding

Macdonald is referring to the Israeli settlement of territory captured in 1967 within the West Bank and Jerusalem that has been considered illegal by most countries in the world. Most recently, there have been increased attacks on Palestinians by Israeli settlers and nationalist extremists and an attempt by the Israeli government to seize and hand over to settlers the Sheikh Jarrah neighborhood in East Jerusalem, which would displace at least 300 Palestinian residents.

John Brady, the spokesperson of the Sinn Fein Party gave a statement following the momentous decision in parliament which was posted on Twitter,

“This is the starting point, an important start, to declare that Israel has acted illegally, there now needs to be consequences for those illegal actions, under international law, and now that’s where the focus needs to be.”

In response to Ireland’s parliamentary decision, the Israeli Foreign Ministry issued a statement saying they “outright reject Ireland’s outrageous and baseless position regarding Israeli communities in Judea and Samaria” – claiming it was “blatantly one-sided and simplistic”. Contributions in the Dáil  were described as “unacceptable anti-Israel statements” at a time when “the citizens of Israel were being subject to terror attacks by the more than 4,000 rockets that were launched from the Gaza Strip by the Hamas terrorist organisation.” Reports Ireland’s RTE News Agency.

Irish Foreign Minister Simon Coveney, who has represented Ireland on the United Nations Security Council in the last month stated: “The scale, pace and strategic nature of Israel’s actions on settlement expansion and the intent behind it have brought us to a point where we need to be honest about what is actually happening on the ground. … It is de facto annexation,”. He also condemned what he described as Israel’s “manifestly unequal” treatment of Palestinians, reports Reuters News Agency.

Coveney however insisted that he would not support the motion before the rockets fired by Hamas into Israel were condemned in an amendment. This amendment was eventually accepted by Parliament, however was rejected by the left-leaning Sinn Fein party who tabled the original motion, reports Al-Jazeera.