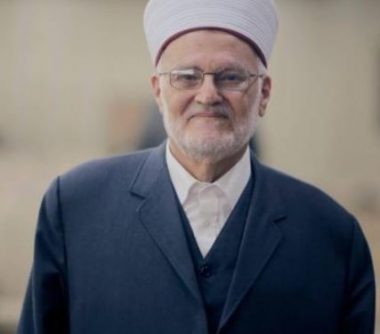 According to the Israeli order, the senior Palestinian Muslim scholar and former Mufti of Jerusalem, will be banned from entering the Al-Aqsa Mosque compound, for a period of four months, starting Thursday.

Local Palestinian media sources reported that last Friday, Israeli occupying authorities broke into the home of Sabri in the Al-Sewana neighborhood and handed the head of the Higher Islamic Council an Israeli order barring him access to the Al-Aqsa mosque for a period of one week.

On Wednesday, Israeli troops dispersed a peaceful protest, outside of the home of Sabri, where dozens of locals, including employees of the Al-Aqsa mosque itself, protested at Israeli authorities’ frequent attacks on the mosque, its guards and other employees.

Over the past couple of years, Israeli occupying forces have stepped up practices, including abduction of Palestinians, confiscation of Palestinian property and restriction of movement of Muslim worshipers at the Al-Aqsa Mosque.

The stepped practices are attributed to Unites States’ recognition of the whole Jerusalem city, including both the western and eastern sides, as the capital of the occupation state of Israel. The recognition has been rejected widely by key international players, given the fact that Israel occupied the eastern part of the holy city, including the Al-Aqsa mosque, back in June 4, 1967.

The Sheikh told Palestinian WAFA News Agency that the Israeli order was both arbitrary and illegal.

“There is no state in the world that uses expulsion except this occupation state that wants to silence and muzzle us so as not to object to its belligerent schemes.”