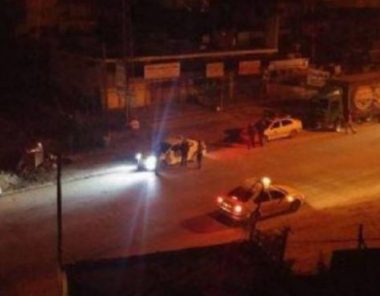 Several Israeli army jeeps invaded, on Friday at dawn, the town of Teqoua’, east of the West Bank city of Bethlehem, and abducted one Palestinian. The soldiers also invaded many neighborhoods in Hebron city, in the southern part of the occupied West Bank.

The Bethlehem office of the Palestinian Prisoners’ Society (PPS) said the soldiers abducted Tamer Salim al-Badan, 30, after invading his home and violently searching it, and took him to Etzion military base and detention center.

Also at dawn, dozens of soldiers invaded several neighborhoods, north of Hebron city, in the southern part of the West Bank, and fired many live rounds before withdrawing without conducting home invasions or abduction.

In related news, many army vehicles invaded Salfit city, in central West Bank, and Burin village, south of the northern West Bank city of Nablus, and clashed with many youngsters who hurled stones at the advancing army jeeps.

The invasion into Burin was carried out at one after midnight and lasted until early morning hours, while the soldiers tried to ambush young men in order to abduct them.

Also on Friday, the soldiers invaded Surif town, northwest of the southern West Bank city of Hebron, and detained a retired Palestinian Lieutenant, after breaking into his home and searching it.