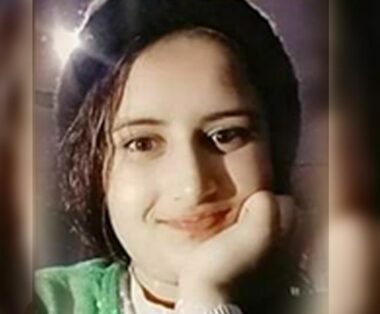 The Israeli army continued its bombardment, Thursday, targeting several parts of the Gaza Strip, striking homes, apartment towers, and infrastructure, killing many Palestinians, and injuring dozens, in addition to turning many homes and buildings into rubble.

Medical sources in Gaza said one Palestinian, identified as Mohammad Suleiman Farahat, was killed in an Israeli airstrike targeting Wadi al-Arayes in Gaza city, and added that many others were injured.

The Israeli air force also fired missiles into a residential tower in the Remal neighborhood, west of Gaza city, turning it into rubble, and causing excessive damage to surrounding homes and buildings.

A child, identified as Hala Hussein Rafat ar-Reefy, 14, was among many killed by Israeli missiles in Gaza city.

In addition, the army fired missiles, on Thursday evening, at a home in the al-Boreij refugee camp, in central Gaza, killing at least two Palestinians and wounding many others.

Furthermore, a child identified as Khaled Emad al-Qanou’, 16, was killed and eight were injured in an Israeli bombardment of Abraj an-Nada residential tower in Beit Lahia, in northern Gaza.

On Thursday at dawn, the Israeli air force fired a barrage a missile into the area of Bin Zayed Junction, in northern Gaza, causing excessive damage, in addition to killing at least two, and injuring dozens. Many more are believed to be dead and buried under the rubble while rescue teams continue efforts to locate them, however, the efforts and severely hindered by the Israeli bombardment.

Medical services in Gaza have reported that twenty-two Palestinians were killed by Israeli missiles and shells, Thursday, in a series of Israeli strikes across the coastal region.

Furthermore, medics and rescue teams located the corpses of a Palestinian family, including children, under the rubble of a home that was targeted by Israeli missiles in the Sheikh Zayed area in Beit Lahia, in northern Gaza.

Media sources said Rafat at-Tannani, his pregnant wife, and their four children, were killed in the Israeli bombings. One of the children has been identified as Amir Rafat Mohammad Tannani, 7.

Another Palestinian, identified as Osama Jamal Zibda, 33, was killed in an Israeli bombardment of Beit Hanoun. His father, Jamal Mohammad Zibda, 65, was killed a day earlier.

On Thursday evening, the Palestinian Health Ministry said eighty-seven Palestinians, including eighteen children, have been killed and 530 have been injured due to the ongoing Israeli strikes on Gaza.

In addition, a child, identified as Lina Fathi Sharir, 16, was killed in an Israeli bombing in the Sheikh Radwan neighborhood in Gaza city, Wednesday. Her father Eyad Fathi Fayeq Sharir, 35, was instantly killed.

On the same day, a child identified as Yahia Mazen Khalifa, 14, was killed in an Israeli bombardment of homes in Gaza city.

The Israeli missiles and shells have resulted in the destruction of more than 500 units, and damage to at least 2100 units.

The Israeli army targeted 14 residential towers with its missiles, in addition to firing missiles at 23 media centers, dozens of institutions, societies, and offices, in addition to 58 government-run centers, such as police stations, security centers, and service centers.

As of about one hour before the time of this report, Dr. Ashraf al-Qedra, the spokesperson of Gaza’s Health Ministry had confirmed that eighty-seven Palestinians, including eighteen children and eight women, have been killed, and more than 530 have been injured, in the ongoing Israeli offensive.