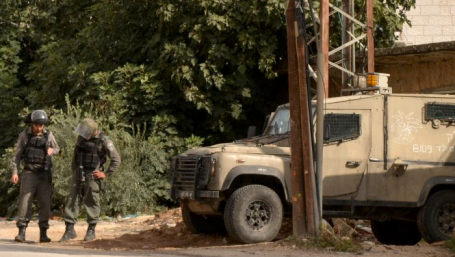 Dozens of Israeli soldiers occupied at least ten Palestinian houses in the center of the village. Soon after, Israeli soldiers built fences and installed security cameras around the confiscated homes.

A local committee in the village expressed grave concern about the military’s fortified presence. The military takeover will no doubt disrupt the ability of Hawwara’s 10,000 residents to move about their own village with any sense of safety or freedom.

According to Ma’an News Agency, an Israeli army spokesperson described the outposts as “temporary viewpoints in the area to overlook the road for security measures.”

The Israeli army claims that the new military outposts are a consequence of Palestinian attacks against Israeli settlers along the main road of the town, though no Israelis were injured at the time of the supposed attacks.

The road that runs through Hawwara is used regularly by many settlers living on occupied land in the surrounding area.

An Israeli officer told residents that Israeli authorities will not hesitate to double-down on the occupation of Huwwara if the alleged attacks continue.