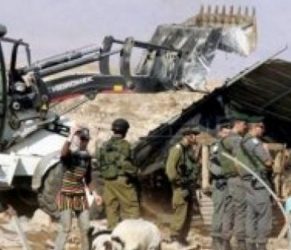 Israeli soldiers invaded, earlier on Wednesday, the al-Walaja town, west of the West Bank city of Bethlehem, and handed demolition orders targeting eight homes. The soldiers also ordered a halt on the construction of one home.

The area is subject to frequent Israeli violations, including illegal confiscation of Palestinian lands and the destruction of property, for the benefit of expanding Israel’s colonies in the area to link it to Jerusalem, and for what the army calls “military considerations.”