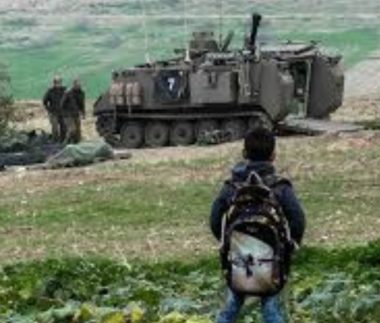 The Israeli army has ordered fifty Palestinian Bedouin families, in the West Bank’s Northern Plains, to leave their dwellings, all day Wednesday, so that the soldiers can conduct live-fire military drills, including the use of explosives.

Mo’taz Bisharat, a Palestinian official in charge of Israeli colonies’ file at the Palestinian Authority in central West Bank, said that the order forces fifty families, consisting altogether of about 300 Palestinians, including children and elderly, to leave their homes and dwellings all day, under the cold, so that the army can conduct training.

He added that the military drills in the area are causing very serious damage and harm to the environment and the belonging of the Palestinians, in addition to the serious risks to their lives.

Bisharat stated that the military drills, which were carried out by the army last week, have caused damage to 600 Dunams of Palestinian farmlands, while the soldiers also bulldozed 140 additional dunams.