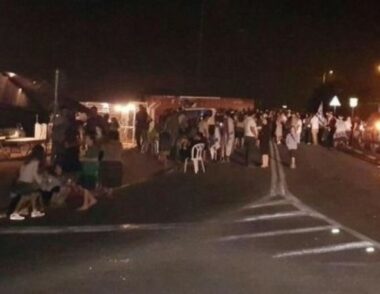 Groups of fanatic illegal Israeli colonizers attacked, on Wednesday evening, many Palestinian cars on the main Jenin-Nablus road, in the northern part of the occupied West Bank.

Ghassan Daghlas, a Palestinian official who monitors Israel’s illegal colonialist activities in northern West Bank, said the colonizers closed the Jenin-Nablus road, and the Junctions of Sielet ath-Thaher and Burqa towns, north of Nablus, in addition to gathering alongside the roads in the area.

Daghlas added that the colonizers hurled stones at dozens of Palestinian cars, and chased many residents away, leading to protests.

Israeli soldiers then attacked the Palestinians with gas bombs, concussion grenades, and rubber-coated steel bullets, instead of removing the colonizers who attacked them.