Soldiers Abduct A Husband And His Wife Near Hebron 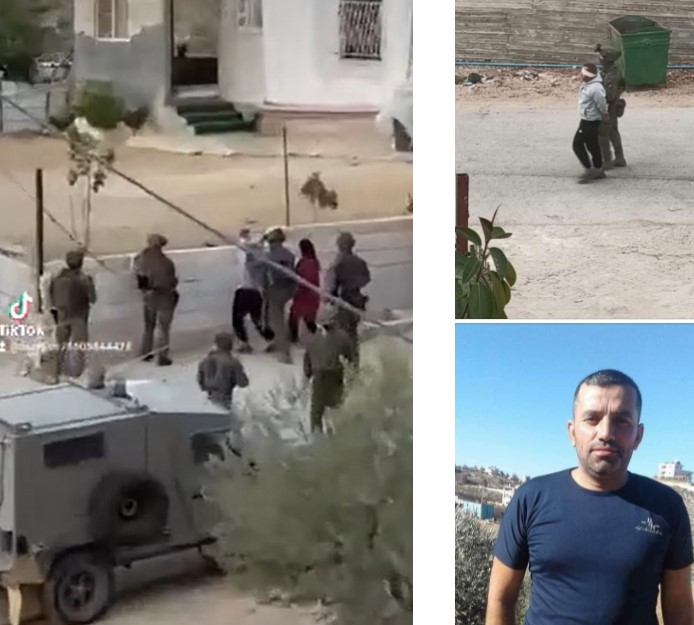 Israeli soldiers abducted, on Wednesday evening, a Palestinian man and his wife in Surif town, northwest of Hebron, in the southern part of the occupied West Bank.

Eyewitnesses said many Israeli army jeeps invaded the town, before breaking into homes and ransacking them.

They added that the soldiers abducted Bassam Ghneimat and his wife, from their home, and took them to a nearby military base.

Many Palestinians protested the invasion and hurled stones at the invading military vehicles, before the soldiers fired gas bombs and concussion grenades, causing many residents to suffer the effects of tear gas inhalation.

On Wednesday at dawn, the soldiers abducted a father and his son in Yatta town, south of Hebron.

Also at dawn, the army abducted three Palestinians when dozens of soldiers invaded many areas in Ramallah governorate, in the central West Bank, before breaking into homes and searching them